How to Calculate the Estimate Budget for Flutter App Development? 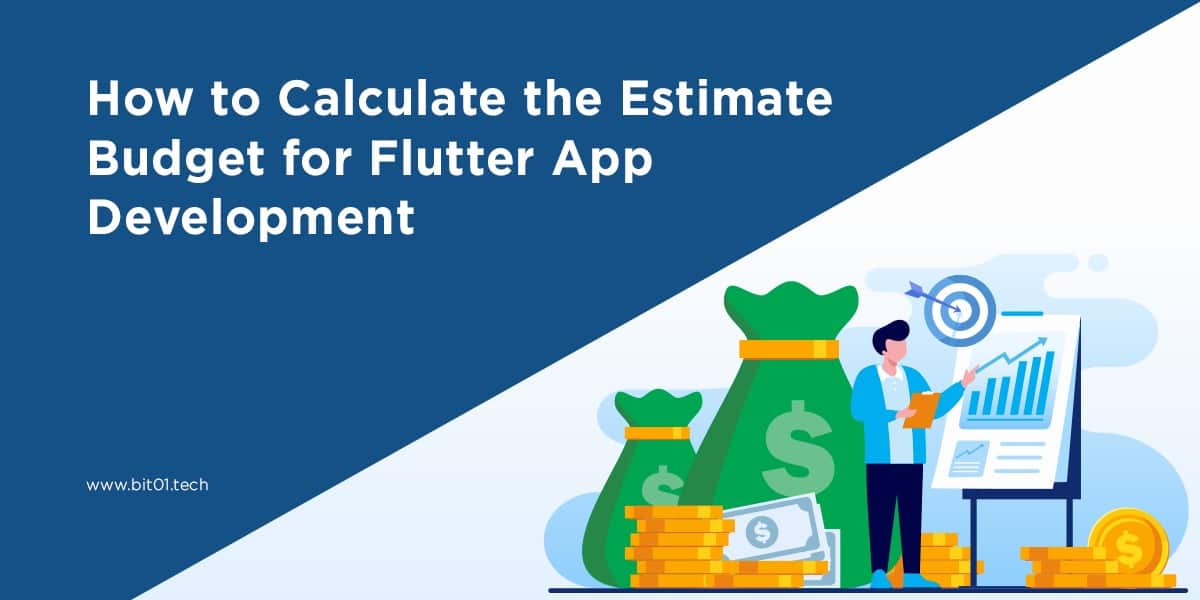 Flutter is an open-source mobile app SDK launched by Google back in 2017. An expert Flutter developer can build top-notch cross-platform apps by using Flutter’s plethora of features.

Whether you are looking for building a mobile app for Android or iOS, hiring a Flutter developer is a wise choice.

Cost of Flutter app development for your business:

The mobile app design creates that first and long-lasting impression on the minds of users. UI refers to the user interface, and UX refers to the user experience. A simple and user-friendly design would require less time on the part of a Flutter development company, hence costing less.

On the contrary, an intricate and complex design would increase the number of hours needed, thus increasing the overall cost of Flutter mobile development.

2) Complexity of the app

Segregation of an app into the three categories is done based on:

The app category directly impacts Flutter mobile development costs. The number of features, as well as functionality, varies from one app category to another. A food ordering app would have several functions that let the users track their orders, view their previous orders, chat, and call through the app. On the other hand, a tax calculator app would only have a handful of basic features. Thus, the former would cost more than the latter.

4) Location of the Flutter developer

6) Publishing the app on App Stores

Once the Flutter development company has completed creating the app, it is time for its deployment. There are two leading platforms where a mobile app can be launched – Google Play Store and Apple App Store.

If you want precise cost for Flutter app development for your project, contact the leading Flutter development company, Bit01.

PrevPreviousNode js: What Makes It Futuristic Platform for Development?